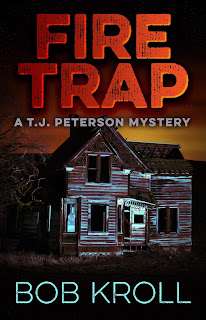 T.J. Peterson is an ex-cop suffering from PTSD and depression. Apparently, some of the details of his fall happened in earlier books, since Fire Trap is the third book in the series. (The other books include The Drop Zone and The Hell of it All.) At any rate, the reader can glean that he lost his job after a shooting, his wife has died, his daughter is a druggie, and he and his girlfriend have reached an impasse. In the conclusion to the series, his daughter and her childhood friend are both missing, but Peterson keeps getting messages indicating that the young women are pawns in a game targeting Peterson. He springs into action to try to rescue both girls and solve a series of killings.

Peterson suffers numerous flashbacks as he searches for the women, interviews numerous sleezy characters, and uncovers the dark web of porn in his hometown of Halifax. Sometimes, the reader needs to keep a list of characters, so wide is the range of people and places Peterson investigates. One reviewer mentioned that the book would make more sense if it was read in one sitting—so intricate and involved is the book’s structure. When I finally decided I was going to finish the book and sat down to get through it, I was able to appreciate Peterson and his life situation. For example, his counselor tries to comfort him: “Life plays tricks on us, Peterson. It lines the road with obstacles. Some are more difficult than others to climb over. We never sought to bury the circumstances of your life, but to reconcile them with the torment inside your head.” About three-quarters of the way through, the plot starts to move quickly and becomes a page-turner.

The dark procedural takes place in Halifax Nova Scotia, a place I have never visited and thought I could visit by reading Fire Trap. I had met a couple from Halifax on my recent trip to Vietnam, and they convinced me to come and visit their town. Uh huh! Fire Trap was definitely not the Halifax I want to visit. Atlantic Books Today, a Canadian review site muses: “No city can possibly claim to be perfect and doubtless the municipality of Halifax, Nova Scotia is no exception. Despite its reputation as being a beautiful and outwardly friendly place to visit, Halifax cannot possibly be as idyllic a destination as tourism commercials would have us believe. Yet you’d be hard-pressed to find a depiction of a major Canadian city as unremittingly bleak as the metropolitan nightmare author Bob Kroll makes of Halifax.” 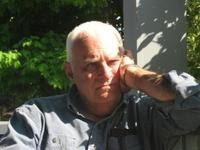 Bob Kroll is a career-long author. It seems wise to me that he decided to make this only a trilogy. How much more could one ex-cop suffer? Publisher’s Weekly suggests that Fire Trap is a morality tale “strictly for serious fans,” and I would concur. I am not sure that I would have completed it were it not that it had been sent to me by the publisher.

Posted by Miriam Downey at 1:14 PM No comments:

Resilience: One Family's Story of Hope and Triumph over Evil 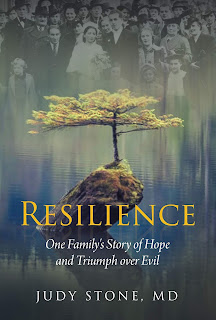 Many children and grandchildren of Holocaust survivors relate how their parents/grandparents never told them anything about their Holocaust experiences. Such was the case with Judy Stone. Not until her mother was in her 90s. Then it was that she began to tell her grandchildren stories about her survival—and also, it was then that she asked her daughter to preserve the family stories.

Stone’s mother, Magdus, was not the only one with stories. Five of her six siblings, all Hungarian Holocaust survivors, as well as members of Stone’s father’s family were still alive when Stone began collecting stories. What she found were tales of remarkable resilience, ingenuity, and hidden strengths in the ways in which the families endured brutality and unspeakable horror. Their survival and arrival in the United States is chilling as well as uplifting.

The book also tells how Stone felt as a second-generation Holocaust survivor and how it affected her relationship with her mother and her own children. She remarks that "fear is a relentless legacy of the Holocaust." At the same time, Stone feels that the memory of the Holocaust must be kept alive by telling these stories and helping people move beyond antisemitism and bullying. She also fears that the current climate of nationalism is similar, in many ways, to the events that led to the Holocaust in the first place. 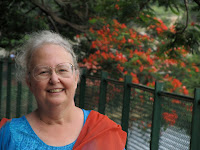 I was particularly touched by the book for two reasons: First, I had read how trauma can be passed on to the next generation through denial and unexpressed feelings; Stone’s narration reveals that phenomenon through her fraught relationship with her mother. Then, my sister is in the process of telling our family stories after a several-year genealogy search. I want her to read how Stone constructed her book, how she told the stories and added the documentation through pictures and other memorabilia. My sister has found that our families have been in North America since the 1600s, but through all the years, there have been many stories of loss and survival, triumph and defeat.

I love the title—Resilience—because more than a story of survival, the book is a testament to the will of one family to live purposeful, strong, and vibrant lives.

Dr. Judy Stone's website.
Posted by Miriam Downey at 10:36 AM No comments: 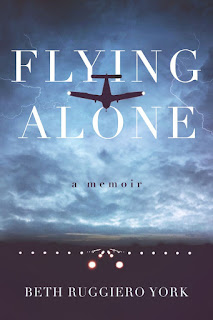 In her memoir, Flying Alone, Beth Ruggiero York tells the story of her young adulthood in the 1980s when she sought to learn to fly airplanes with the goal of becoming a pilot for a major airline.  She says, “Those were my first impressions of the world of aviation—Rod, bottles of Canadian whiskey, working the line. . .and my flight instructor, Steve. I started as official lineperson at New England Flyers on April 27, 1985, my twenty-third birthday, four months into flying lessons. Aviation had already swallowed me whole.”

York flew for about 5 years, eventually working as a pilot for Trans World Airways, until her health no longer allowed her to work. (She has MS.) She wrote her memoir originally in the 1990s and this week, with some modifications, it has finally been published. She felt her story could be beneficial to other women who aspire to be pilots, or women who are fighting chronic illness. After she wrote her story, she put the manuscript away for nearly 30 years and has worked as a Chinese translator and a photographer.

In many ways, Flying Alone is a story that any young woman could write—a book about aspirations, love, and loss. She said that 30 years later, when she revisited her writing, she was so glad that she had written her story, and knew that with some polishing, it was a book that would resonate with other young women. 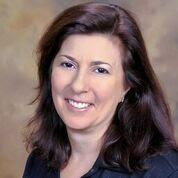 Just recently, several women my age were talking about careers—and about our career choices as well as our career options. We had grown up in the era of the Cherry Ames nursing books and the Vicki Barr stewardess books, and most of us had chosen careers in education and nursing—about the
only choices we had available to us. It was exhilarating to read about a woman brave enough to plan a career as a pilot. York’s story can serve as an inspiration to other brave young women stepping out into careers not previously available to women. We are currently in a world that the women of my generation could not have imagined. Most women are no longer “flying alone.”

Beth Ruggiero York’s website. If you have a Kindle Unlimited subscription, Flying Alone is free to download to your Kindle.

Posted by Miriam Downey at 8:56 PM No comments: