Take Off Your Shoes 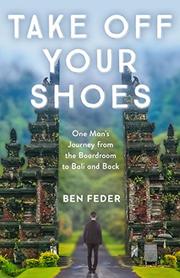 Ben Feder had had enough. He was the CEO of Take Two, the interactive game company that created Grand Theft Auto. He was gone from home all the time; the atmosphere at work was toxic; and his health was starting to suffer. He says, “This is when it happens. Where husbands and fathers turn into men they never intended to be. They follow their ambitions, their careers, and their deluded views of what it means to succeed.” At his wife’s suggestion, he decided to take a sabbatical from his business to regroup and renew.

The family of six, including children Sam, Oliver, Rita and Nava took off on the adventure of their lifetimes, traveling in Africa and then to Bali in Indonesia, where they spent several months. The children attended a creative and innovative international school, and Ben and his wife Victoria explored yoga, Buddhist spirituality, painting and motor scooters.

Feder does a great job of relating his renewal process; his struggles with yoga and spirituality, but also his connection with meditation. He found physical strength with yoga and spiritual strength with meditation as the weeks turned into months. He says, “The goal of meditation was not to empty my mind of thoughts—that would be impossible—but to be so aware of them that I could experience fully the space between them.”

The best part of the entire experience was how the family bonded and supported each other. As Feder was decompressing and finding himself once again, his family did the same. Each child found new avenues for growth as they observed their father and mother stretch and grow. The children related better to each other than they had back in New York. The space between them narrowed. Feder’s son Oliver encouraged him to write the book because he thought that people would want to know how to have this type of experience—this sabbatical.

Things, of course, were strange for the family when they returned to New York. Ben had trouble finding another job—hence the book—but in the end the skills he had gained from meditation helped him to negotiate the job market without panicking, and eventually he did find good employment with a Chinese tech company. But as a family, their lives were completely changed for the better.

Last Friday’s Wall Street Journal had an article called, When a 9-to-5 Job Meets Paradise. The article interviewed several families who had moved to vacation spots to work remotely, putting their children into local schools or homeschooling them and spending their spare time on the beach or skiing. This type of living has become more possible because of technology advancements that allow remote work. I thought of Ben and Victoria Feder and their children all the while I read the article. 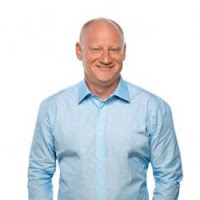 I loved the subtitle of Take Off Your Shoes. It is “Corporate Takeover, Spiritual Makeover.” Kirkus Reviews calls the book: “A refreshingly pleasant addition to the journals of self-discovery, with a timely focus on ecological stewardship.”

Posted by Miriam Downey at 8:50 PM