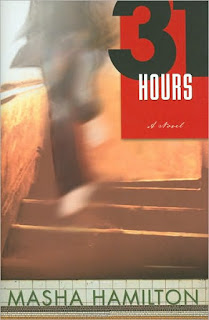 The moment I began reading 31 Hours by Masha Hamilton I knew what was going to happen. Yet, I couldn’t stop reading. It is unusual to find that kind of tension in a book that is basically a character study, and  I was as caught up as I would have been if I were reading a murder mystery or a thriller.

Jonas is a young man in search of validation, passion, and a reason for living. He has chosen to become a terrorist, strap a bomb in place, and blow up the subway in New York City. Ostensibly a student, he has chosen a path that he has kept secret from his parents and his closest friend, Vicki, who has just recently become his lover. Islam is new to him, but it has given his life purpose where before he had only found a void. He thinks: “Maybe he’d just been born with some gene--either one extra or one missing--that left him deformed for American life.”

Although his mother Carol has no name for the dread she is feeling, she knows something is terribly wrong, and she sets out with new purpose to find her son and bring him back. The other characters we learn about are also on journeys of discovery, each one heading in the same direction; they are living lives that will be altered permanently by Jonas’ actions. Among these are Sonny, a subway beggar, Vicki, the girlfriend and Mara her sister, Mara’s friend Aaron, who is an expert in the New York subway system, Masoud, the terrorist trainer, and Jake, Jonas’ father.

The beggar, Sonny, seems to express the theme of the book: “…forever is a nasty lie, a red line across a neatly written page, a giggling kid with a needle in his arm. Forever was an opiate that blurred your vision and sidetracked you from doing what needed to be done.”

The dread--there is no other word for it--is palpable. I kept praying, “Please someone find Jonas before it is too late.” But Masoud and the other terrorists have done too good a job at preparing Jonas for his ultimate fate. They are experts at preying upon vulnerability, and Jonas is very vulnerable. 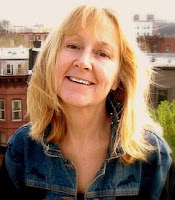 The reviewer in the Washington Post says that Jonas is an “ordinary, fragile child of ordinary, fragile people.” Jonas reminded me a bit of Franny in Franny and Zooey by J.D. Salinger. Both are fragile, both turn to religion and prayer to find purpose in their lives, and both are obsessive in their beliefs. Neither live in a world of reality.

I have had the privilege to driving my 15-year-old grandson to school these past two days. As we go to his arts magnet high school in south side Chicago, we pass through Hyde Park, Kenwood (where President Obama has a home) and then into a neighborhood where there is a great deal of public housing. Since they have lived in Chicago, Maxwell has always been in the minority. Today as we passed a large Black evangelical church, he commented, “Good old Black churches, preaching hope.” I thought to myself, “Maxwell would never be a Jonas. He is too much of a realist.” So when does reality take the place of idealism? Is naivety a hindrance or an asset? For Jonas, his naivety and idealism overtook any semblance of reality.

The friend who gave me 31 Hours commented that she had really pondered about suicide as she read the book. She said, “I can imagine committing suicide because of depression, but I could never imagine committing suicide over religious zeal.” I think that I have to agree with her, but I remember endless debates in college and theological school over “dying for one’s faith,” imbued as we were with the life and death of Dietrich Bonhoeffer, the German theologian who was executed for participating in a plot to kill Hitler.

Next week I am reading A Thousand Lives by Julia Scheeres, the story of the Jonestown massacre. It should lend more light to the issue of unquestioning faith. The Washington Post reviewer has the final word on the quandary of Jonas and his faith: “You don't exactly want to look at the story of what happens to Jonas, but Hamilton has made it very hard to tear your gaze away.”

Masha Hamilton's website: http://www.mashahamilton.com
Posted by Miriam Downey at 11:18 AM