Dead Cats and Other Reflections on Parenthood 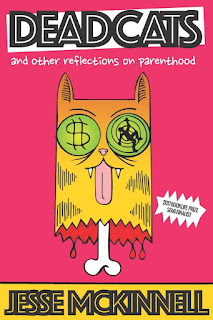 I have spent several days trying to come to terms with what I want to say in this posting about Dead Cats. I can’t answer the question over whether I liked it or not—although I am not sure that the author Jesse McKinnell cares whether I “liked” it. Frankly, it is not a book one "likes."

Do you remember Orin Scrivello, the dentist in Little Shop of Horrors? Well, Joel Peterson, the protagonist in Dead Cats, reminded me a lot of Orin. He is sadistic, abusive, and drug addicted—and a dentist. One of the first scenes in Dead Cats concerns Dr. Peterson torturing patients while under the influence. He mentions: “Here’s a little-known fact: Dentists have all the good drugs. Here’s another one: It’s really easy for some of these delicious little vials to get lost.” Unlike Orin, however, Dr. Peterson doesn’t drive a motorcycle; he drives a Porsche, which he wrecks early in the novel.

Everything starts to go downhill with the death of the family cat, Friskers. In the silliest first scene in all of literature, Dr. Peterson drives over the cat with the aforementioned Porsche. Peterson has already been banished to the guest house behind the main house where his estranged wife and two young daughters live, but when the little girls see their father kill the cat, his wife Mary files for divorce.The divorce court scene with the dead cat in attendance is equally ridiculous.

Oh, and then there is Kurt Cobain, the dead rocker, who is a constant presence in Peterson’s life and seems to guide Peterson’s every downward movement. The reader can’t tell whether Cobain is trying to save Peterson or save himself. At the point Cobain enters, the plot moves from funny to pathetic. I really hoped that Peterson could come to his senses and try to put his life back together, and occasionally the reader glimpses a future. At one point, I thought that Peterson might be in a coma after his accident and the rest of the plot was just  a convoluted dream that Peterson might wake from to solve every problem. Finished the book still hoping for that conclusion. 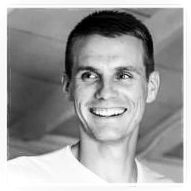 The redeeming grace of the novel is the writing. It is strong—alternating between extremely funny and extremely grotesque. Couldn’t decide. This is McKinnell's first novel. McKinnell says that he dreamed the plot of Dead Cats. All I can say is that it must have been quite a dream!

Here is an interview with McKinnell by one of the book’s reviewers.

Posted by Miriam Downey at 6:05 PM