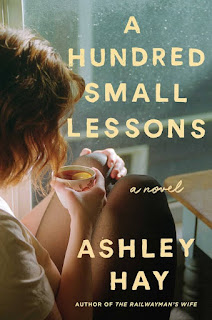 Elsie Gormley lived in her house in Brisbane, Australia for more than 60 years, raised her twin son and daughter there, buried her husband Clem, and lived by herself until she fell and her kids moved her to an assisted living facility. She is totally disoriented and keeps trying to get home.

Lucy, her husband Ben, and her toddler, Tom, have purchased Elsie’s house, but Lucy is as disoriented as Elsie. Lucy and Ben had lived internationally, and when Tom was born, they moved to Ben’s home town of Brisbane to settle down, buy a house, and raise their family. Lucy doesn’t come to motherhood easily, and she is upset that she is struggling. She thinks that she keeps seeing Elsie when she is wandering around the house at night; who is this woman who used to live in her house?

A Hundred Small Lessons is a lovely, reflective book. Nothing moves very rapidly; there is no enormous plot twist, but the novel is always engaging and satisfying. There are three main themes: the first is about choosing and being chosen. Both women are loved, and both women have chosen to love. It is also about motherhood. All Elsie wanted in life was to be a mother, and she is completely fulfilled in that role. Her own daughter, Elaine, is of another generation, and although she has a lovely daughter, she has spent her adult life trying to distance herself from her mother’s form of motherhood. Lucy, another generation behind Elaine, knows that being a mother is just one part of the life she plans for herself. Finally, it is a meditation on the many decisions that a person makes that change the course of a life.

The house, itself, plays a huge role in the novel.  All of Elsie’s memory is attached to that house, and as Lucy attempts to create a home, she can’t get the aura of Elsie out of the house. Part of the emotional resonance of the book is the understanding of home. The Kirkus review begins with the statement, “If home is where the heart is, when does a house become a home—or, conversely, stop being one? Two women struggle to find the answer.” I have lived in houses, and I have lived in homes. The difference, I believe, is what happened within that structure. 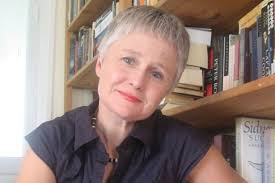 Hay is an accomplished novelist, and is well known in her native Australia. She mentions that there are some autobiographical moments in the book, and those who know Brisbane recognize places where scenes take place. The plot is spare and sometimes non-existent, but the atmosphere and the finely-drawn characters are what moves the reader forward. Someone called it a comfort read. I guess I would describe it that way as well, and thus the existential experience I had yesterday. I saw myself in both women’s places—the old woman having to leave, and the young woman just beginning. I loved them both.