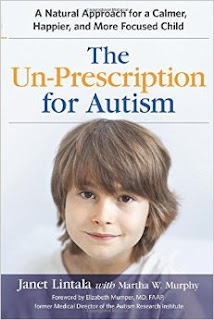 My second year of teaching was a disaster. I was pregnant, but more importantly, I had a combination room of fourth and fifth graders.  Among the 30 children in my class was a boy whose parents had just been arrested for murder, four students whose parents were being divorced, and one boy who would not speak to anyone or look them in the eye. He is the child I remember the most from that year, because I could do little for him. He could do more complex math problems than anyone in the class, but he could not tie his shoes. Everything, including all his knowledge, was shut up inside him. At first, he wouldn't let me hug him, but eventually he became my friend. Today we would say that he was on the Autism spectrum. Then, he was just a strange and different little boy.

We didn't have a name for Autism until about 100 years ago, and the public didn't have much understanding of it until Dustin Hoffman appeared as an autistic savant in the movie Rain Man. This movie was a major breakthrough in public awareness. Special services in public schools began to be offered in the early 1990s, until now autism and a large spectrum of disorders have come to be recognized, understood, and appreciated.

The author of The Un-Prescription for Autism, Janet Lintala, is a Chiropractor, the mother of a child on the spectrum, and has a practice devoted to integrative health and autistic health. She believes that autism and all its variants can be faced head-on with therapies and protocols that are prescription free. She suggests that many of the imbalances in the lives of individuals on the spectrum are caused by irregularities in the gastrointestinal system. Her premise is that if you get the gastrointestinal system regulated, life will improve for the autistic child. She doesn't say that the autistic child will be "cured" but that life will be better, the child will be calmer, happier and more focused. It may also break the cycle of prescription drugs (particularly antibiotics) that are endlessly given to those on the spectrum. 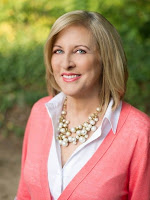 She also offers chapter after chapter of suggestion from her own life experience and from the experience in her chiropractic practice. There is plenty of research that backs up her practices, and useful diagrams and examples create plausibility for her assertions. The format is outstanding, the examples are pertinent, and the charts and diagrams are very helpful.

From my own life experience, I know that parents constantly search for help for their children having life adjustment problems. This book offers many helpful suggestions—although perhaps no major solutions. Any parent who reads The Un-Prescription for Autism will be intrigued with Lintala's assertions about probiotics and gastrointestinal imbalances and find lots of valuable information to incorporate into their child's therapies.

This book came from the publicist. Share it with friends and family who will find it beneficial.

This is a good review from a website called Geek Dad.
The Facebook page for The Un-Prescription for Autism.
Posted by Miriam Downey at 1:01 PM