Without Fear or Favor 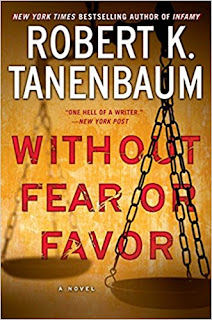 When you read Robert Tanenbaum's resume, you know that before you even start the novel, Without Fear or Favor, you are in the hands of a pro. However, not all legal professionals can write good fiction. This is the 29th book in the Butch Karp-Marlene Ciampi, District Attorney series, and the second one that I have read, the first being Infamy. Tanenbaum is a master of the political and legal thriller.

Without Fear or Favor starts off with a bang—a political assassination attempt on the life of District Attorney Karp. Black Supremacist, Nat X, is up to some evil work in New York City, inciting riots and recruiting young boys to do his dirty work. A policeman and a young teenager have been killed, and a policeman indicted—not to mention the work of a religious vigilante who lives in the sewers and appears to administer his own form of justice. The city is totally on edge, especially after Karp is shot. Tanenbaum sucks the reader right in with the assassination scene, and the action never lets up until Nat X is captured and the case against him goes to trial.

At this point, the reader can take a breath and stop to savor the case building against Nat X and Karp's brilliance as a prosecutor. The trial, itself, evolves over about a third of the book. The ending scenes are extremely dramatic—as dramatic as the opening, breathtaking scene. In his closing statement, DA Karp's words are brilliant and heart-wrenching, offering an indictment of the current political climate in the United States, most likely the sentiments of the author.

Tanenbaum does not shirk from expressing his politics in his writings. It hits awfully close to home. Much of the plot in Without Fear or Favor hinges on incidents of supposed police brutality—at least in the minds of the African-American protagonists. Tanenbaum creates believable police officers, both effective and ineffective. He also creates Black characters with integrity and compassion to serve as counterpoint to the thugs. I was particularly struck by the two young boys sucked into Nat X's supremacist rhetoric. We certainly saw those same young men (white this time) as we watched with horror the march last Saturday in Charlottesville VA—young men sucked into rhetoric that they don't fully comprehend.

The reviewer on the Criminal Element website complained that some of the characters are clichés, but having read another book by Tanenbaum, I understand that character development is not his long suit, but you can't beat his no-holds-barred plot development.

Some thriller series must be read in order, but that is not the case with the Butch Karp-Marlene Ciampi, District Attorney series. Plow right in, unless you are offended by liberal political thrillers or if you are watching too much political drama on the news. 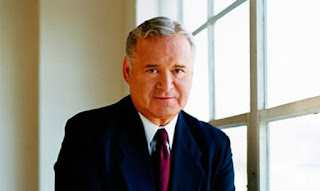 Robert K. Tanenbaum is the author of thirty-two books—twenty-nine novels and three nonfiction books: Badge of the Assassin, the true account of his investigation and trials of self-proclaimed members of the Black Liberation Army who assassinated two NYPD police officers; The Piano Teacher: The True Story of a Psychotic Killer; and Echoes of My Soul, the true story of a shocking double murder that resulted in the DA exonerating an innocent man while searching for the real killer. The case was cited by Supreme Court Chief Justice Earl Warren in the famous Miranda decision. He is one of the most successful prosecuting attorneys, having never lost a felony trial and convicting hundreds of violent criminals. He was a special prosecution consultant on the Hillside strangler case in Los Angeles and defended Amy Grossberg in her sensationalized baby death case. He was Assistant District Attorney in New York County in the office of legendary District Attorney Frank Hogan, where he ran the Homicide Bureau, served as Chief of the Criminal Courts, and was in charge of the DA’s legal staff training program. He served as Deputy Chief counsel for the Congressional Committee investigation into the assassinations of President John F. Kennedy and the Rev. Dr. Martin Luther King, Jr. He also served two terms as mayor of Beverly Hills and taught Advanced Criminal Procedure for four years at Boalt Hall School of Law, University of California, Berkeley, and has conducted continuing legal education (CLE) seminars for practicing lawyers in California, New York, and Pennsylvania. Born in Brooklyn, New York, Tanenbaum attended the University of California at Berkeley on a basketball scholarship, where he earned a B.A. He received his law degree (J.D.) from Boalt Hall School of Law at the University of California, Berkeley.   Visit RobertKTanenbaumBooks.com.
Posted by Miriam Downey at 12:57 PM