Beyond Bedlam's Door: True Tales from the Couch and Courtroom 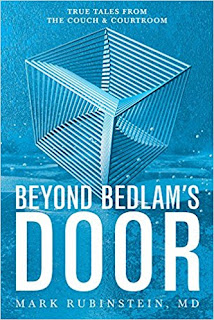 Beyond Bedlam's Door continues Mark Rubinstein's stories about patients he met and treated in the course of his career as a psychiatrist. These stories began with his 2016 book, Bedlam's Door. If I had this many interesting stories in me, I would tell them, too. He calls them "more mysteries of the mind."

Rubinstein certainly affirms the saying that "everybody has a story!" He tells each case story with panache and spirit; the people come to life, just the way he met them. I especially appreciate the way he analyzes the experience from both the patient's point of view and his own point of view. This portion of each chapter is called The Afterword. In the afterword, Rubinstein explains the medical and ethical reasons for why he, as the psychiatrist, responded in the way he did.

What I particularly like about Rubinstein's storytelling is that the 21 stories in the book are about very interesting people, each with his/her own unique story, each with a unique problem for which they have come seeking help. Sometimes it takes a very brave person to say, "I need help in thinking this problem through." or "I can't solve this on my own." The afterword in each chapter is as important as the story itself. Rubinstein never denies, in any way, the humanity of his patient.

I had just finished reading the novel, Ill Will, by Dan Chaon, when I began reading Beyond Bedlam's Door. Ill Will is about a psychologist who becomes involved with a patient in solving several murders at the same time that he is coming to grips with the death of his wife and his own haunted past. The first story in the Rubinstein book is oddly reminiscent of Ill Will because the case is about a doctor who has as many problems as the patient and the patient's problems are compounded by the doctor's—resulting in a murder. In the afterword, Rubinstein talks about transference and countertransference. These are cases in which the doctor and patient are involved in a relationship outside of the treatment space. In a later story, Rubinstein discusses a case in which he was involved in a transference involving the purchase of a piece of artwork by one of his patients. 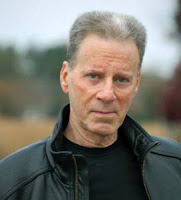 When I read the first book of case stories, Bedlam's Door, I pondered who would most benefit from reading the book. Now, after reading Ill Will and Beyond Bedlam's Door, I can see that—beyond professionals or medical students—a novelist or short story writer would benefit from reading Rubinstein's books. There is a lot of fodder for great narrative in the real life characters Rubinstein presents.

May is Mental Health Awareness Month. As a mother and grandmother, I appreciate so much the care that people close to me have received through the years.

Dr. Mark Rubinstein's website. He is the author of many books, both fiction and nonfiction.