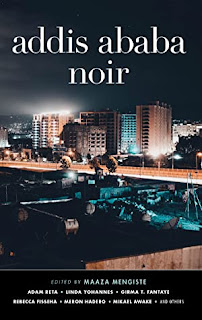 We have always rented our small basement apartment to graduate students, and it was our great good fortune to have Samson and his wife Nofkote as renters for two years. Samson had come to Western Michigan University from Addis Ababa to pursue a Master’s Degree. During the civil war, Nofkote had fled to the United States from Ethiopia with her family while Samson’s family had retreated to a rural area of Ethiopia.  Both were members of the same tribe—a tribe that had fallen out of favor during the civil war. Both fathers had been government officials. Samson’s father became a carpenter and Nofkote’s father drove a taxi in Washington DC.

I learned so much from them. After graduation, they moved back to the DC area, where there is a very large Ethiopian community. Four years ago we were invited to Samson’s sister’s wedding in Detroit. We met Ethiopian doctors, lawyers, and professors, all of whom had come to the United States from Addis Ababa during the diaspora. It was an extraordinary experience to meet them and to hear their harrowing stories.

So, it was with this background, I absorbed the stories in Addis Ababa Noir. The stories are beautifully written and express the highs and lows of this incredible city—a city that has suffered greatly and a people that have suffered along with their city. Some of the authors have moved to other parts of the world and write about the Addis Ababa of their memory, either before or during the Red Terror. Some of the authors live there today. All have so much to tell us.

Like most of the Akashic Noir series, the fourteen stories in the collection run the gamut of the genre. Few can be called pure Noir, but all are haunting and describe a longing for better days and more peaceful times. I was particularly taken by the story of a young woman who returns to the city to bury a beloved aunt, only to find her previously unknown father and some startling details about her mother’s death. Another remarkable story concerns a small child who daily watches the ostriches as they wander the palace yard, but then one day she is sure she sees a dead body on the sidewalk in front of the palace, right by the bump in the road. In another, an old man tells a stranger a story about a woman he saw on the street. He was sure she was the girl he had known in school and fallen in love with. And then, tragedy strikes. 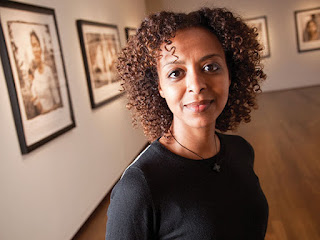 Knowing what I already knew about the Ethiopian diaspora, the stories held a unique fascination for me. Maaza Mengiste, the editor, says in the introduction, “What marks life in Addis Ababa are the starkly different realities coexisting in one place. It's a growing city taking shape beneath the fraught weight of history, myth, and memory. It is a heady mix. It can also be disorienting, and it is in this space that the stories of Addis Ababa Noir reside.”

These are the stories of a people, who have faced disaster head on and have arisen tough and  resilient. Adddis Ababa Noir is as remarkable a collection as the people who populate it.

Here is a sample from the introduction of the book.

Posted by Miriam Downey at 8:42 PM