We Learn Nothing: Essays and Cartoons 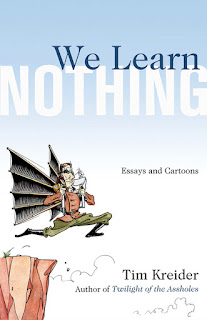 Tim Kreider is a political cartoonist whose cartoons rose to prominence in a world that apparently I didn’t inhabit because I knew nothing about him before I was sent his book of essays, We Learn Nothing.  In retrospect, it may have been a good thing that I knew nothing about him because I was able to view his book and his cartoons with fresh eyes, which is more than I can say about Kreider’s view of the world and the people who inhabit his world. I offer as witness to his jaded world view the titles of his website and cartoons—The Pain: When Will It End, and the titles of his books—Why Do They Kill Me? Twilight of the Assholes, and We Learn Nothing.

Yet, I really, really liked these essays which are very personal and introspective. They include essays about a near death experience, a transgendered friend, a liar, a jailed uncle, a sick mother, and a pair of unknown half-sisters. Surprisingly, I found much to relate to even though my life experience is very different from Kreider’s. I found myself underlining some rather profound insights into human nature in his musings as well as laughing at some absurdity or other he was experiencing. One of my favorite essays concerns the time he and a friend attended a Tea Party rally. Although my Republican husband is no Tea Party-er, I empathized with Kreider because I often feel like a fish out of water at Lincoln Day dinners and fund raisers that I occasionally have to attend out of marital duty. One line in the essay that intrigued me was this: “What dooms our best efforts to cultivate empathy and compassion is always, of course, other people.” He realizes part way into the rally that these are the people he has always hated “the kind of weenies who thought student council was important.” 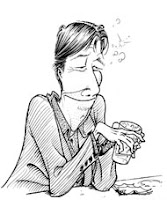 There are many absurdities in these essays to laugh at. In Kreider’s world, all great ideas come from sitting around with friends drinking beer. He tells about an old friend who is now an editor who wanted him to write an article about the cultural fixation on arrested adolescence. “Of course,” he said dryly, “I thought of you.” I laughed out loud at a later line when Kreider realizes that this editor is “the same guy who broke my collarbone in a plastic light-saber fight now considers me the expert on arrested adolescence.” 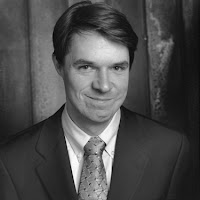 Two of the essays—one about a friend who becomes a survivalist and another about a friend who defriends him—are a bit too long and self-indulgent. However, I kept reading for the little gems of wisdom that I had come to respect and enjoy. I chuckled as he talked about the friend who abandoned him because it reminded me of a self-help book I had read and discussed in my blog about women losing friendships—What Did I Do Wrong; the similarity between the two was striking. In Kreider's case, the musings were such that it made it hard to say, “Oh, you poor guy!” you were busy chuckling over the biting satire. The other long, but interesting story concerns a former professor and mentor who becomes a survivalist and tries to convince the men he has mentored through the years to join him in separating from the world. Much of it takes place on what Kreider calls “Pony Island,” which is a place I just visited for the first place, Chincoteague Island in Virginia. Perhaps that is why I enjoyed this diatribe.

Whether it is these lost friendships or his frequent lost loves, Kreider has a way of “stripping human behavior of all its pretty, petty pretensions,” in the words of the ShelfAwareness reviewer. And it is that quality that makes the reader—me in particular—be able to relate to him and his life experience. Add to that, the cynical cartoons at the end of each chapter and you have a true indictment of our human frailties.

This is Tim Kreider’s website: http://www.thepaincomics.com/
The ShelfAwareness review: http://www.shelf-awareness.com/readers-issue.html?issue=105#m2065
Posted by Miriam Downey at 6:36 PM